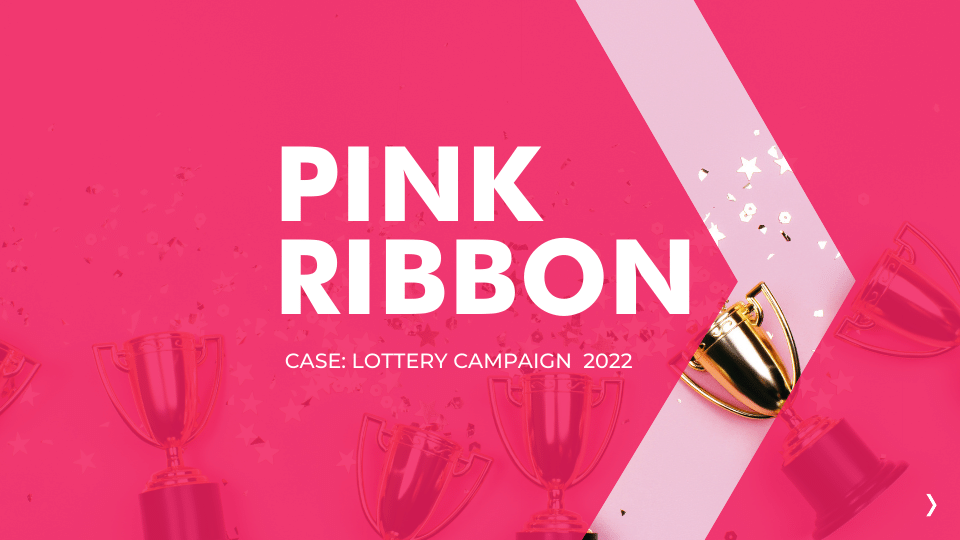 
› Solution: the Lottery Campaign
The Pink Ribbon Lottery campaign is a conversion campaign with the goal to sell as many Pink Ribbon Lottery tickets as possible. The tickets cost € 2.50 per ticket and the prizes to be won were sponsored (no payment has been made for these prizes). The target group was mainly approached via Facebook and Instagram. The specific campaign focus was on women between 35-55 years old and so-called ‘look a likes’. These are target groups that have interacted with Pink Ribbon’s social media channels, or are similar to the group of donors who had donated to Pink Ribbon in the past 60 days. By using this targeting, we reached a target audience that was highly relevant to the Pink Ribbon Lottery.

It was remarkable that for this conversion campaign a GIF worked better than a still (non-animated image). We often see that a still works better for a conversion campaign, but that’s why we test all kinds of possibilities in campaigns without sticking to assumptions. The success of the GIF coupled with the lookalikes used to target relevant audiences contributed to the campaign’s objectives.